In 1935 count Teleki (VI). Ádám sold the castle to dr. Gyergyay Albert, Professor of Otolaryngology, but the Liberal Party MP, Augustin Prodea, had an eye on the castle and made everything in order to get it. Changing the Agricultural Law, the half of the estate became the property of a rural cooperative, which then sold it to Prodea. In 1938, Gyergyay finally gave up his remaining part and sold it to Prodea. After the change of regime, the model farm, founded by the legendary family of Teleki was bought by Alexandru Biris - local resident. 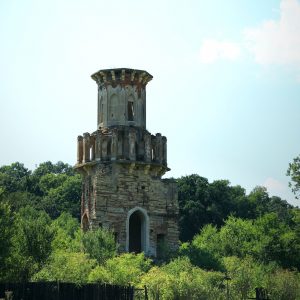 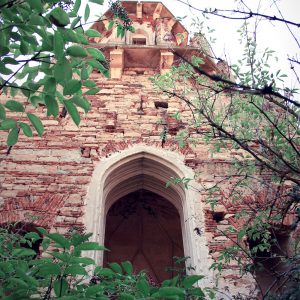 After the allegedly ill-fated Kenedy family, in 1616 the estate of Luna became the property of the Haller family. Seventy years later, the Hallers have lost their estate as a result of a diplomatic scandal, when Haller János was sentenced to death for insulting the emperor and his father, to save his life, asked for the help of Teleki Mihály. Haller was acquitted and Teleki Mihály received the Luna estate in return for his help. The tenth child of Teleki Mihály, Paul Teleki, who started the construction of the castle, was actively involved in Rákóczi's War of Independence on the Kuruc side and as punishment of his involvement, the imperial army has burned down the newly built castle. As result, the only thing that remained intact was the 35-meter tower. The castle building is considered to be from the XVIIIth century, although the current form of the building shows as it would be much older, being the subject of numerous reconstructions.