The former hunting castle of Apafi Mihály, the Prince of Transylvania (so-called ”Apafi Castle”) became the headquarter of the mine office (salt chamber). The first construction phase of the three-storey building, originally from 1689, is retained only in small details, its current form being the result of subsequent alterations. Today, the castle operates as a school. 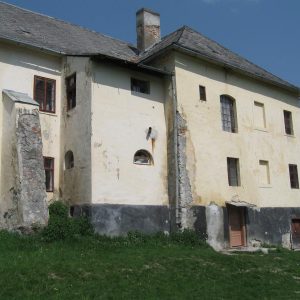