The first castle from Ibașfalău (the old name of the locality) was built by Apaffi Gergely at the beginning of the 16th century, after he obtained the Bethlen family’s lands. This locality became the centre of the Apaffi family’s activities who, during this period, were getting wealthy. 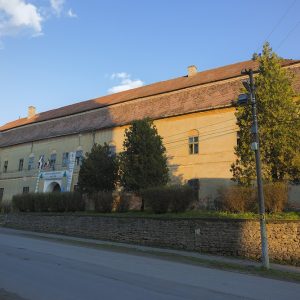 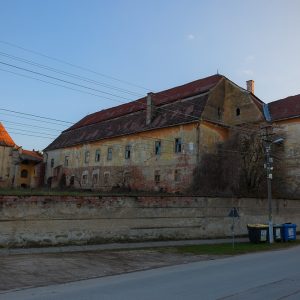 Starting with the moment when Apaffi Mihály became the Prince of Transylvania, the castle’s golden age had begun. Provided the fact that Turkish and Tartar troups devastated the Prince’s palace in Alba Iulia, Apaffi and his court stayed whether in this castle, or in Făgăraș.

The castle was built in Renaissance style by Apaffi Gergely III, the ispán (count) of Dăbâca, who was also Fráter György’s seneschal between 1552-1567. That is why, in the eastern wing of the castle there is an inscription in the stone frame of the ornate door with the Apaffi family’s coat of arms. The western wing was probably built by Prince Apaffi at the end of the 17th century. Based on the descriptions from 1681 we can imagine a castle surrounded by a moat, with four corner towers and a square yard. In the southern side there was a farmyard which was also surrounded by a crenellated wall. The different wings of the castle were not built based on a uniform plan, thus they have never formed a homogeneous whole. The northern and western wings had two floors: the premises used for everyday purposes (for example: kitchen, cooking room, washing room etc.) were situated under the Prince’s floor, where the guestroom, the dining room and other halls were established. Moreover, there was also a well-kept orchard and a flower garden that belonged to the castle.

In the 18th century the castle started to become less significant. It was rebuilt in Baroque style and extended with a garret. The courtyard’s façade and the arcades were also built in this period. The southern wing, from where a gateway lead to the yard, and above which there was a clock tower, went to ruin a long time ago.

Different offices (courthouse, prosecutor’s office, prison, archives) and even a school were functioning in this building starting with the 19th century. Its renovation is still in progress. Some of the premises are used as a museum to present the history of the local Armenian community.