The castle which is situated in this locality today was built based on an one-story rectangular house plan and it has a hip roof covered with tile. The Gyulaffy castle was reconstructed in the 19th century; this is how this building was created. The Apor family rebuilt the house in Classicist and Empire style. 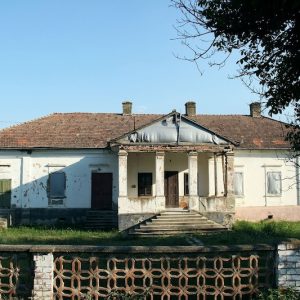 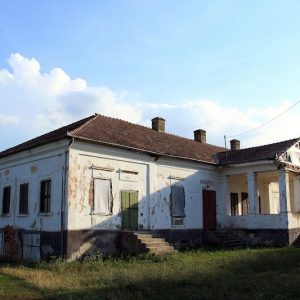 In 1870 a portico with columns was added to the main façade, with the gable above it. At the façade in the back of the house there is a smaller building part, which was probably a covered porch in the past. At the end of the 19th century there was a tall, octagonal Baroque tower in the park which was used as a library. It contained 6000 volumes of books, numerous rare manuscripts from the Apor family archives. These disappeared together with the tower, somehow in a “natural” way.

The last owner of the building was Apor István the 13th. After 1945 it became state property and it had many roles during the years (shop, inn, school, kindergarden, community centre).

Current proprietor: not so long ago the heirs of the Apor family gained their property back and they are planning to create a tourist attraction of the building.