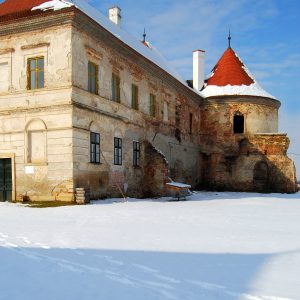 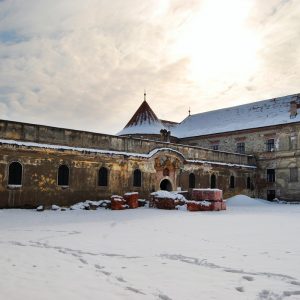 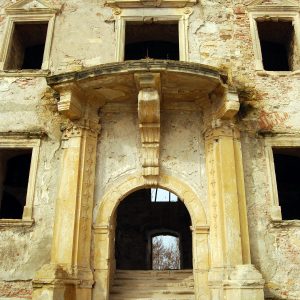 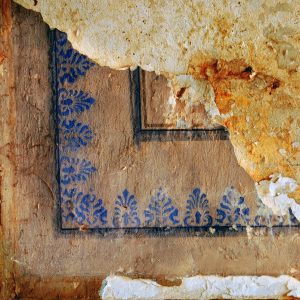 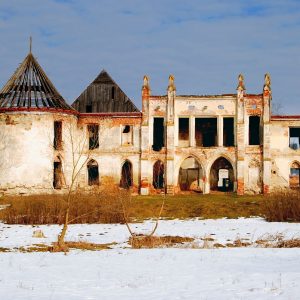 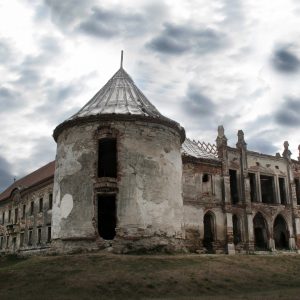 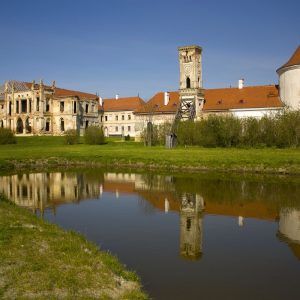 The building and the restitution of the castle were continued in the beginning of the 18th century when the castle was expanded in a renaissance style. In 1855 Kagerbauer Antal worked on the building as well. A horseshoe shaped building was spliced to the Eastern part of the old building that consisted of stables and side-buildings. Baroque statues and an urn gallery by Johannes Nachtigall are decorating the top of the horseshoe shaped building. The sculptures represent 36 mythological characters based on Ovidius’ Metamorphoses. In 1944 the Germans robbed and burned the castle. Bánffy Miklós, the writer was the last owner of the castle.

The Bánffy Castle is a square shaped building with two-storied round bastions on every corner closing a court. The northern wing with U shaped side-wings and North-Eastern and North-Western bastions is actually the main building of the castle. Its basement has arches made of bricks, walls with mixed stones and reinaissance door inlets. On the Eastern side of the main court the stables, the main entry’s building, the riding-hall that does not exist anymore and the mill were all connected to the castle. The mill itself is a precious national monument.

We can hear for the first time about the castle park from Bonțida in the middle of the 18th century when Bánffy Dénes tried to create a stunning French park just like at Schönbrunn and Versailles. The French park was created according to the plans of Johann Christian Erras with strict geometrical shapes completing the building’s baroque greatness. Bánffy József restructured the park in the 19th century. The changes were strongly connected to the buldings’ renovations. Romantic styles took the place of the systematic and geometrical shapes firstly by the plans of Sámuel Hermann and then, in 1831 according to the plans of János László. The role of the new style of the court with English influences was to equilibrate the strict shapes of the French park. The straight paths and trimmed bushes were replaced by winding paths and freely growing trees and vegetation. Today the park barely carries its old beauty due to the lack of caring for many years and because the hundred years-old trees were choped out.