At the beginning of the 19th century the Bánffy family gained possession of an estate in Gheja. The castle was built during that period in an eclectic style. After the nationalization the main facade undergone major transformations. 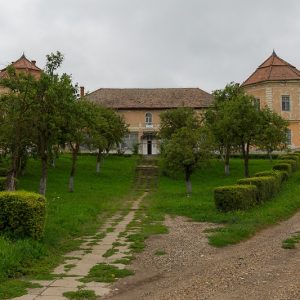 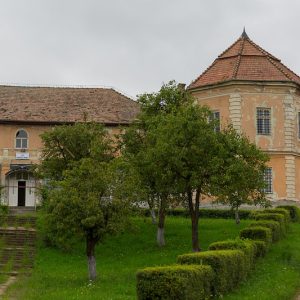 Originally the two levels of the one-storey building were divided with columns - six Doric columns on the ground-floor and four simple ones on the first floor - behind which an open terrace could be found. Upstairs the building was immured later. On both sides of the simple building, over the main part of the castle, corner towers can be seen. The corners of the hexagonal towers are emphasized with ashlar, while the windows are completely unadorned. The cornice of the corner towers, the ashlar and the roof are all great examples of the Neo-Baroque architecture. The rear facade of the building is simple and shows a more robust image of the building.

After the nationalization, the building was used by the collective farm and then it became part of the local hospital. The psychiatry department functioned in the castle.