Urmeniș is a village located in Mureș county, on the road that links Cluj Napoca to Reghin. The estate, which existed already at the beginning of the 14th century, became the property of I. Rákóczi György in 1638, who decided to build a new modern mansion. The new building was built between the period of 1639-1641, in the place of a single-storey mansion, which had a porch. The building's designer and work supervisor was Fundáló Mátyás of Alba Iulia. Besides the well-known architect, other known personalities are the master masons Kőműves Simon and Kőműves János, originally from Bistrița. 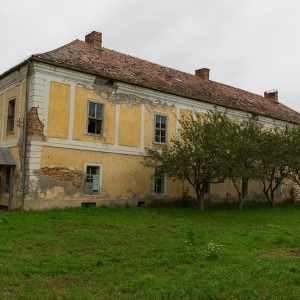 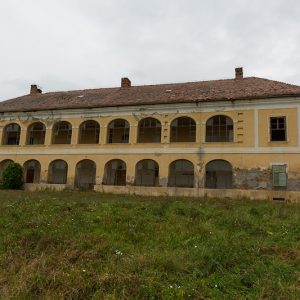 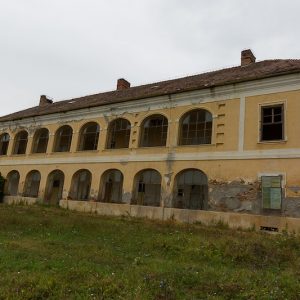 According to contemporary sources, the building was made of brick on stone foundation and the acces to the upper floor was made by a stone staircase with columns. The ground floor had arched rooms and the rooms on the upper floor had flat ceilings. The windows situated on the ground-floor had iron bars. The building was covered with dovetail shaped roof . The construction works were mostly completed in 1641, later sources mention only improvements or works made on side buildings. At the end of the 1640's a new house was built near the castle, according to the design of Kőműves András. This was completed in 1648. During the reign of II. Rákóczi György, the castle had changed its owner, first being owned by the Barcsai family and finally, after complicated litigations, the estate became the property of  the (losonczi) Bánffy family. During the period of 1667-1668 Bánffy Dénes has modernized and renovated the castle. The building with a rectanglar ground plan is located in the center of the village, near the Reformed Church. It is covered by a jerkin-head roof and its north facade is facing the street. The south facade with 11 axis, facing the courtyard, is determined by an arcade with 9 axis, delimited by jack arched windows. Above the arcade there is a vaulted hallway which leads to the stone, barrel-vaulted staircase or to the rooms that can be reached from there. The ground-floor contains nine cross- and barrel-vaulted rooms and the upper floor eight floor with flat ceilings. The interior of the building is quite simple, currently vacant, in a neglected state, the original equipment and decor has not been preserved. There is a cellar beneath the building which is covered by barrel vault. The castle's facades have similar decorations, having plinths covered with artificial stone cladding, string-courses made out of plaster, separating the ground floor from the upper floor, and the multi-profiled cornice that runs around the whole building. The corners are decorated with quoining.

Vertically, the facades are determined by baroque jack-arched windows with simple plaster decorations or ones imitating stone frames. Other decoration elements seen are the lesene. These divide the eastern facade, facing the road, into 15 segments and the two smaller walls into 4 segments. The entrance into the cellar is located northern axis of the eastern wall. From the carved elements, the window sills from the upper floor are to be mentioned as well as the walled-up Renaissance stone frame, placed secondly on the upper floor, on the right side of the staircase. The brick building's foundation, the stone stairs of the main entrance located on the central axis of the southern side and the base of the pillars are made out also of stone. West to the castle there is the rectangular-shaped, single-story granary with basement and hipped roof. Its entrance is facing the western side of the castle. On each side of the entrance there are three narrow windows. On the southern part there is an entrance which leads to the cellar and a big, walled up, jack-arched window. The central axis of the granary's western side contains trances of  walled-up fenestration. A newly constructed extension can be seen on the northern facade of the granary, facade which is facing the street. The reinforcement bars used for the walls are suspected to be as old as the building itself and the masonry running around the building serve as element that strengthen the walls.