The character of the building was changed when an upper-floor was built. The castle is surrounded by an arboretum which contains yew trees, plane trees, Japanese Emperor trees and other interesting plants, but the garden has been neglected for years. 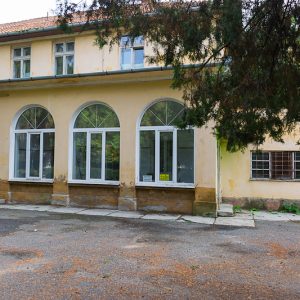 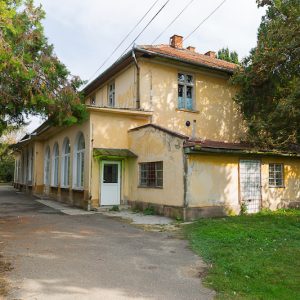 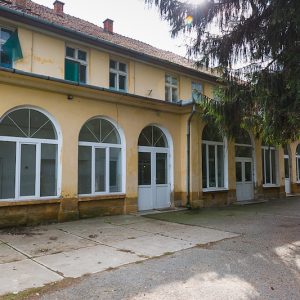 Originally, the single-storey building with rectangular ground plan and mansard roof had a rounded risalit with crenellation on the main facade. On the main facade, both sides of the risalit were defined by four-four  windows. Arched eyebrow lintels are running above the large, semi-arched windows and the semi-arched main entrance. Around this time, the building had two entrances. The ground floor was delimited by a protruding ledge. The jack arched windows from upstairs are new. The rear facade has eight axis and on the middle it is defined by a protruding risalit. The building is single-tracted with a sidehall layout. A new wing was built to the left side of the building for the purpose of expanding the hospital.