It was the property of the Bethlen College, this being the building where the teaching was performed when the College was moved to Aiud. The Bethlen Castle is located on the northern part of the fortress and houses the Museum of History. 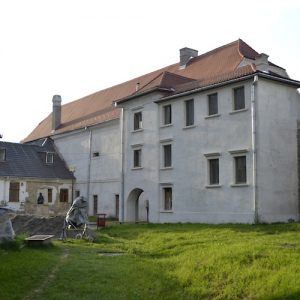 Once the rooms from ground floor were used as stables, but in the time of princes it is supposed that these were functioning as a kitchen, as until around the year of 1860 a rectangular cavity led to the upper-floor, which probably was used to pull up the dishes. In time of peace, the ground floor of the castle was transformed into a college gymnasium.