The castle was built around 1850, by the order of Count Bethlen Balázs. The land where the castle was built has a surface of 16.5 hectares and it includes 3 buildings and an arboretum. In the arboretum there are 150 species of native and exotic plants. The main building was built about 150 years ago and it is the only castle in Transylvania which presents elements of the Moorish and the Byzantine style at the same time. 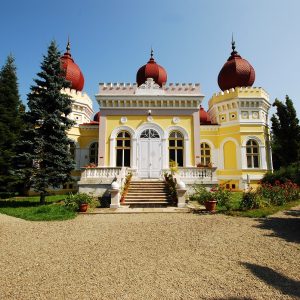 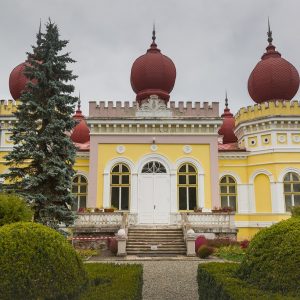 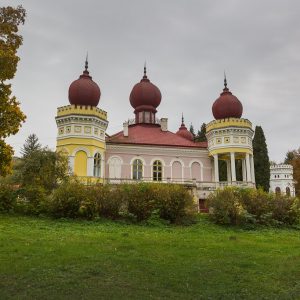 The arboretum surrounds the castle on 16 hectares and the 150 species of plants include the following: fir tree, spruce, pagoda tree or Japanese pagoda tree and many other species of shrubs and spears from all around the world. The arrangement of the park is very special: there are spruces, acacias and hornbeams lining up along the paths and promenades, which form not only routes, but also labyrinths in some places.

The castle from Arcalia was nationalized in 1947 and it was functioning as the village’s shop, after that as the stationing point of agricultural machines and then, until 1963, it was used as accommodation for the pioneers’ camps. Then it became the property of Babeș-Bolyai University. The Biological and Geological Research Centre was functioning here for 3 decades and many students practiced here during summer.

The Centre became the location of many scientific symposiums, spectacles, creative camps, summer courses and, besides all this, visitors are also welcome. Visitors are not allowed access to the castle’s main building, but they can explore the arboretum.