The foundations of the castle’s first building were laid down in 1545. The construction of the building was commissioned by Bethlen Farkas (1505-1552). The laying of the foundation stones is commemorated by a stone plaque, which today is located on the ground floor. Nothing is known of its appearance from that time, although an inventory from 1711 describes a multi-storey renaissance palace with ornate stone window and door frames. 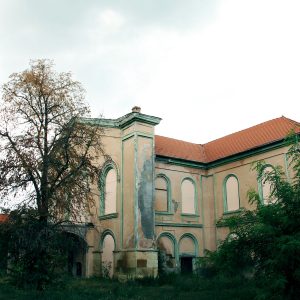 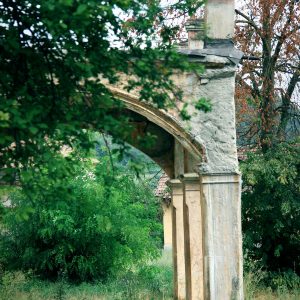 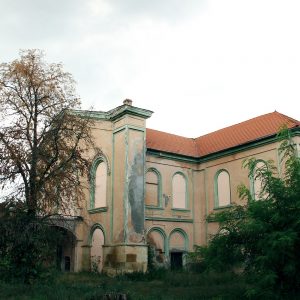 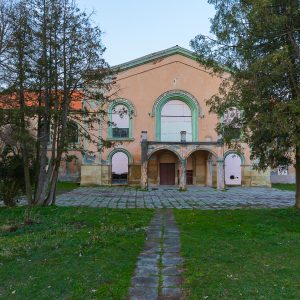 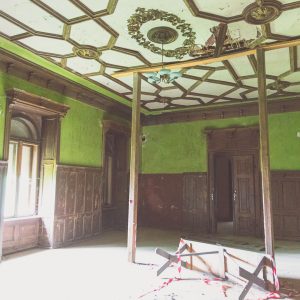 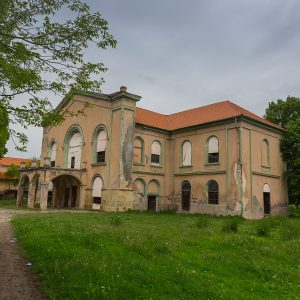 The next person to play an important role in the history of the castle was Bethlen Elek (1643-1696). Having finished constructions in Keresd and Bethlen, he began modifying the castle from Bonyha in 1679. After his death, the constructions stopped. They were, however, resumed by his son, Bethlen Elek the Younger (1688-1724). Elek the Younger belonged to the inner circle of the Suzerain during Rákóczi’s War of Independence, and followed Rákóczi to his exile in Poland. During this period of time, the imperial general Acton, who was being pursued by the Kuruc, established a defensive position in the castle in 1709. Bethlen Elek was pardoned in July, 1711. Once he returned to Bonyha, he was faced with the destruction left behind by the german forces. This was probably the reason why, in the fall of 1711, he made an inventory and census  of the castle, and of all the surrounding properties.

According to the inventory, the castle had a fortified character. The buildings were surrounded by strong stone walls, with four octagonal towers at the corners, and a stocky gate tower at the southern side. A moat had been dug around all the defenses. The residence inventoried in 1711 stood in the place of today’s castle, so the former building’s orientation was from Northwest to Southeast as well. That is why we can refer to the towers as the eastern, western, northern and southern tower. The two-storey residence was located between the northern and eastern towers. The upper floor of the building was unfinished at the time of the inventory. The castle’s chapel was inside the eastern tower, the interior and entrance of which were described in Lukinich Imre’s writings. Only the eastern tower remains today, as it is part of the main building. The residence was surrounded by a stable and several small outhouses, which were all hugging the wall. The kitchen and bakehouse were located between the western and northern towers. The walls themselves were surrounded by flower-gardens, kitchen gardens, a barnyard, as well as a large orchard and fishpond. After the 1711 inventory was completed, Bethlen Elek the Younger finished his father’s constructions. These were then commemorated by a 1719 stone plaque. According to the writings on the plaque, Bethlen Farkas, Queen Izabella's councillor, laid down the foundations and built up the residence, but the walls and fortification were built by his son, Elek the Elder. Elek the Younger finished the ornamentation of the walls’ upper sections, but apart from that it is not known what actual construction works he commissioned at the time.

The archived photographs and drawings suggest that the larger castle underwent significant modifications during the second half of the 18th century. They show that the gate tower was fitted with a late baroque-style mansard, while the northern and eastern corner pavilions’ roofs became characteristically baroque. The avant-corps of the corner towers end with triangular gables. To this day, a round ornament is located in the middle of the eastern pavilion’s tympanum, encircled by a festoon from both sides. A lack of sources prevents us from establishing the time of these modifications more precisely. The 19th century modifications are attributed, in part, to Bethlen Farkas (1814-1870), who was known as a politician. He was litigated because of his political activities following the 1848 revolution, but was released in 1850 and allowed to live on his estate from Bonyha under police supervision. According to three of the remaining receipts from the family’s archives, it was at this time that he began renovating the castle. There is a receipt for window shutters from Cluj-Napoca/Kolozsvár dating back to the 27th of June, 1850, a receipt for fruit trees and rare plants dating back to April, 1854, as well as a receipt for fixtures, also dating back to 1854. From the content of these receipts we can extrapolate that the castle was already renovated in 1850, and that it was furnished in 1854; development of castle’s surroundings were also started in this period by Bethlen Farkas, who was known to be an excellent pomologist. It was during his constructions that the castle has gained its current shape, its most characteristic romantic architectural features being drawn from renaissance imagery. Only the residence itself was modified, the walls were left untouched. The facade was much more ornate than it is today. A neo-gothic-style frieze with lancet arches and blind tracery stretched across the gable of the avant-corps, under the cornice. The joinery of main door from the upper floor was also done in neo-gothic fashion. The crests of the Bethlen and Teleki families were visible above the same door. An intimate garden once existed in front of the castle, complete with a park and a greenhouse. A 19th century archived picture and a drawing done by Cserna Károly show us, that the balcony we see today was a later addition to the castle, built before 1899. The large window on the upper floor was then transformed into a door, though its gothic ornamentation was preserved.

After its 1948 nationalization, the castle fell to ruins quickly. The fortifications are all but gone, as the materials from the fortified walls and towers were used by locals in their constructions. The castle housed public services during communism. The exterior ornaments, the frieze and the dual family crest were removed in this time during the castle’s renovation. After 1989, the building’s condition gradually worsened.

The shape of the castle’s layout is stretched rectangle. Joined to this rectangle are a protruding avant-corps, a northwestern corner tower and the adjoining wing. The exterior appearance of the building is most characteristic of the semi-circular romantic style, although the joinery was conceived with gothic-romantic and neo-renaissance styles in mind. While the facade has eight axes, the triangular gable’s three central axes jut out from the building. These three axes are comprised of the windows and balcony door from the upper floor, as well as the windows and entrance door from ground floor, all featuring semi-circular arches. Its horizontal proportioning is further accentuated at the main axis by the balcony, supported by a semi-circular arcade. The openings of the ground floor fade into the base course of the masonry, upon which stand the frames with semi-circular archivolts. The balcony door placed along the main axis is much more pronounced than the two windows on either side.  Particular attention should be given to the gothic woodwork of the central opening, ornate with rosette and tracery. The facade is flanked on both sides by lesenes starting out from the base courses, and is enclosed by the cornice following the line of the gable. The edges of the avant-corps jut out, thus conferring a coulisse-like appearance to the main facade. The windows of the state apartments - also built in the previously mentioned semi-circular style - are located at the posterior facade. This facade is not unitary. Both sides are risalit-like; the octagonal corner pavilion is adjoined to the eastern risalit. The pavilion’s main facade is located on the south side. The right-hand corner of its tympanum was removed during its later modifications. A round ornament, flanked by festoons is located in the tympanum. A circular window can be seen in the middle of the facade. A further wing of the building - presumably the newest one - begins at the northwestern side of this section.

Property status: In 2008, the daughter of Bethlen Ádám the Younger, Bethlen Fruzsina, managed to revendicate the building, sold all the movables, and gifted the castle to the Protestant Diocese. In 2011, the castle was fitted with a new roof, and its openings were covered with plasterboards. Its intended future purpose is unknown.