Bethlen Márk, the son of Bethlen Miklós settled down the reinassance castle’s ground in the 15th cetury. The castle was built around a square court. Its round crenelated tower was once decorated with raised guardians. 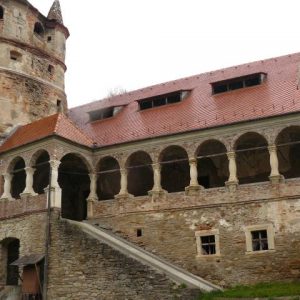 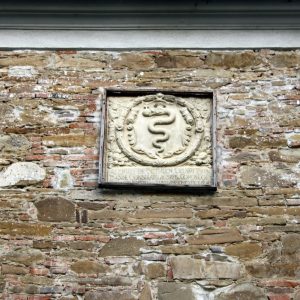 Stairs with ballustrade took to the entry of the storey that was built as a result of the old redoubt. Its archway wing that was the most amazing part of the castle was probably built and renovated by Károlyi Klára, the wife of Bethlen György in 1599. According to the monogram above a window of the corner-tower (M. B. 1598), their son Bethlen Mihály took also part in the construction. Bethlen Elek built the castle’s strongholds. He was the one who wrote the first tales about the Bethlen family. Bethlen Farkas also wrote in this castle the Tale of Tansylvania. The castle’s decorated carvings on the windowframes and arched ballustrade approaches are especially beautiful resembling the Perényi loggia of Sárospatak. The castle aspect of the building is given by its reinassance elements, but medieval elements can also be recognized such as in the late gothic chapel.

The castle has always been possessed by the Bethlen family, they still lived there in the first years of the 20th century, but between the two World Wars they left it.

Property rights: the Bethlen family regained the building and lent it to the Dévai Saint Francis Foundation for 50 years in terms that the foundation will renovate it meanwhile.