One and a half century later, at the turn of the 18th century, the owner of the time, Baron Wesselényi István VI, incorporated the renaissance manor in a new, classicist castle with a U-shaped layout. The construction works most likely ended around 1816, as the wrought iron gate and fence, which once displayed the year number and the family crest, were installed in that year. The urns from the gate pillars hint towards the beginning of the 19th century as well. 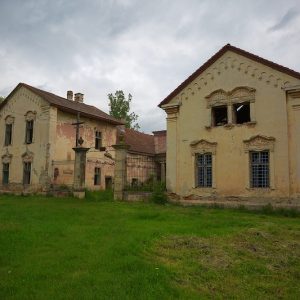 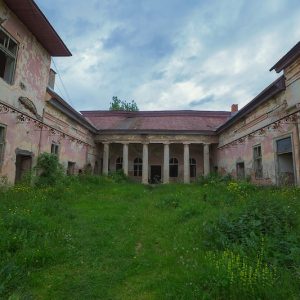 According to the hypothesis of experts, the core of the building is comprised of the manor from the 1620’s, which was built by Kamuthy Balász II, and which is integrated into the western wing of the castle.

The castle most likely suffered heavy damage in 1848, as evidenced by the fact that during the reparations commissioned by Baron Wesselényi Ferenc VI, the eastern wing’s two-planed roofing was replaced with a simple gable roof; the distribution of windows from the main facade also underwent some modifications. The plaster ornaments reflect the tastes of the Romantic period. These include the lintels above the windows, the arched courses decorating the gables and pilaster strips accentuating the corners of the building. The incomplete English park, of which only a row of chestnuts remains, is most likely a remnant from the second half of the 19th century. After its nationalisation, the building was utilized by the agricultural collective, the local council, the police, after which it functioned as a cultural institute and even as a gym.

Today the building is deteriorating day by day, although it has been fitted with a new roof.