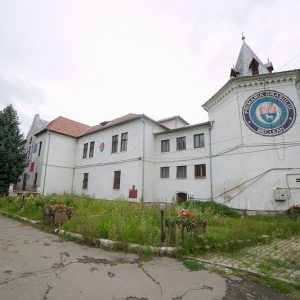 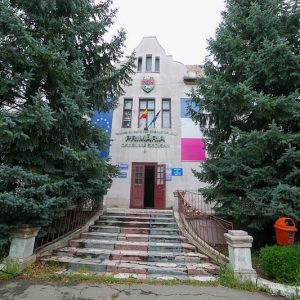 He had been travelling after he had finished his studies, then he was a soldier for five years. By the end of the 1870s he had returned to his land in Beclean. He had a daughter with his first wife, Countess Rhédey Gabriella (1861–1883), whose name was Ida (1880–1895) and had a tragic fate. Bethlen Ida’s grave, which is situated in the cemetery in Beclean, is a unique work of art.

Before the government’s nationalizations in 1945, the main building, as well as the secondary ones surrounding it (a linen fabric was functioning here), were the possessions of Count Bethlen László. According to the documents originating from 1977, the castle had 16 premises and 8 secondary buildings. Today, only one secondary building exists, which was rearranged into a museum.

During the 1990s the community centre and the library were functioning in the building. The amphitheatre and the scene from the back were enlarged and they were redecorated accordingly to that period’s style. Today the building hosts Beclean’s Town Hall.

The two-storey castle does not have an adequate division of the premises and it shows the signs of multiple reconstructions and rearrangements. On the ground floor a big amphitheatre can be found and three smaller halls in the southern side. This unit is surrounded by smaller premises on each side, which connect the building’s centre with the two hexagonal towers situated in the two corners of the castle. The harmony of this structure was ruined in the 1980s by the enlarged amphitheatre. In the main wing of the building there is an avant-corps, which is connected to the building through a balcony with stairs. Inside of the avant-corps the stairs run to the first floor. The main wing, which was mentioned above, is connected vertically to another wing with five premises. The images which originate from the 20th century illustrate this wing too.

There are a few differences between the arrangement of the premises situated on the first floor and the ones which are on the ground floor. A significant one would be that the shorter tower is one-storey building, while the taller one situated in the southern side, is divided into three premises and it also has a first floor. Neither the northern bastion has a first floor. The enlargement of the amphitheatre is marked on the ground floor plan, but on the first floor we can only see the aerial space of the hall.

The castle was built in L shape, it has a simple hip roof, while its wings have gable roofs and the bastions have roofs made of tin. Under the building there is a basement with four vaulted premises. These cannot be visited today, but it would be important in order to be able to differentiate the numerous phases of constructions.

The main façade is situated in the western side of the castle. On the basis of some post cards several significant modifications can be observed. According to the oldest variant, the façade had the following aspect: besides the avant-corps the main wing was situated which ended in two hexagonal towers. Before the avant-corps there was a balcony with iron parapet and stone stairs. The avant-corps was divided by four decorated pilasters which held the cornice with the console stones. The middle part of the façade was decorated in Baroque style and above it the Bethlen coat of arms was situated. Above the cornice there is an attic decorated with reliefs. There are two decorated twin windows at the two sides of the entrance. Under the hexagonal tower the avant-corps was decorated with console stones’ motifs.

The main façade was rearranged during the 1900 reconstructions. Another floor was built above the ground floor. The big hall and the northern tower were not reconstructed, but the avant-corps of the entrance and the southern wing were heightened with one floor, as well as the southern tower. It is not known exactly whether this tower was rebuilt in this period or it had had that floor earlier. The balcony of the avant-corps at the entrance was preserved in its original condition, while the windows were modified. On the ground floor windows were mounted, with keystones. On the first floor the middle window has three elements, and the two windows at the two sides have eyebrow frames. The spiral structured building reminds us of the German Renaissance; it has a window with three elements and the Bethlen coat of arms. In the southern part of the façade there are two windows above which there are two double ones, and this is their original place. The façade’s aspect had not been changed until 1927. Keöpeczi Sebestyén József’s drawing illustrates this fact very well.

The reconstructions of the 1980s changed the aspect of the façade. The windows from the wing which is situated near the avant-corps, on the left side, were walled up, and this part of the building was heightened – this is how the amphitheatre was created. The architecture of the avant-corps was not modified, but the original window frames and the Bethlen coat of arms were taken off the façade. The southern bastion was significantly modified, because the traces of some windows which were walled up can be seen. On the ground floor of the southern wing there is a vaulted door which leads to the basement. The reconstructions from the 20th century ruined the harmonious composition of the buildings completely and the final aspect which thus resulted was completely inadequate. The furniture and the interior organization of the castle are unknown. In 1900 the main staircase was panelled and it had a turned balustrade. Opposite the main staircase, there is an eclectic fireplace on the first floor, with green glazed ceramic tile and late-Renaissance motifs (dentilled cornice, ornate freize, flower and fruit garlands).

The façade from the back of the castle looked on to the sophisticatedly arranged park. The trees of this park were cut down in the 1960s. Today only one of the secondary buildings exists and it is transformed into a museum. Ten years ago there were two buildings left (one for the servants and for cooking, the other for the guests) and the stables with their Baroque windows, which originated from the 18th century, most probably. Only that, these were demolished since then.