The previous version of today’s castle was originally built as a hunting lodge in late renaissance style by Rákoczi György I. In 1662 it even hosted the Transylvanian Congress. It was later deserted for several decades. The castle’s new owner, Bornemissza Gergely, made use of the already laid stones, and rebuilt the castle in baroque style between 1718 and 1734. 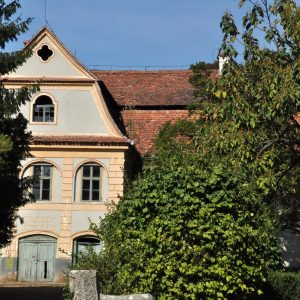 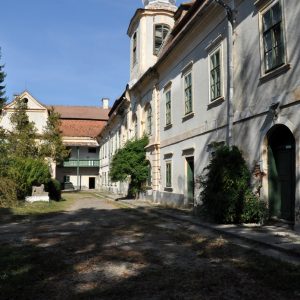 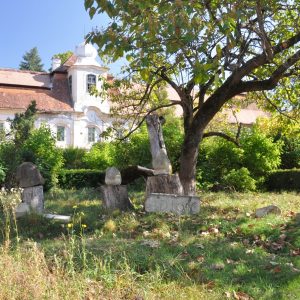 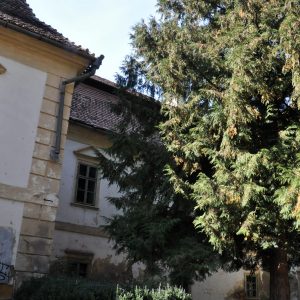 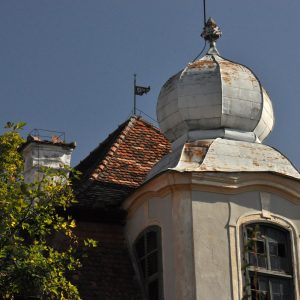 He also extended it with, among others, a clock tower and a family chapel with an ellipse-shaped layout (the chapel’s tower dates back to 1867). On the 10th of November 1848, the Romanian peasants from the neighbouring villages pillaged the castle. The family managed to repair it by 1855. In 1881, ownership of the castle went over to crown prince Rudolf, who commissioned significant reconstructions. He repurposed a baroque outhouse, built as a granary in 1807, into a guesthouse. The mansards and the facade’s porch originate from this time (the brick pillars of the latter were replaced with wooden pillars in the 1930’s). Bear hunts were organised regularly for the crown prince. Following his suicide, the Hungarian government established a ranger school in the castle, with thirty to fifty students every year. The extended foresting school received a new building in 1970, and the castle has been used as a teaching institute much less ever since. A hunting museum (with the trophies of, among others, Teleki Sámuel), a library, a bank, a warehouse and teacher’s living quarters are among its buildings.

The predecessor of the castle’s surrounding dendrological park was established by Rákóczi György I. Bornemissza Lipót then built an English garden during the 1820’s, 1830’s. More than 350 species of plants, including 130 trees and bushes, and other exotic plants live on its ten-acre territory. The lake’s water is supplied by Görgény-creek. The so-called Elisabeth table was built in the honour of Queen Elisabeth.