The building was last renovated in 1870, and it functioned as an army barracks until 1901. Later it functioned as an orphanage. Along the years its condition became worse and worse. Since 1996 it is abandoned, and it is still waiting for someone to renovate it and give it a new function. 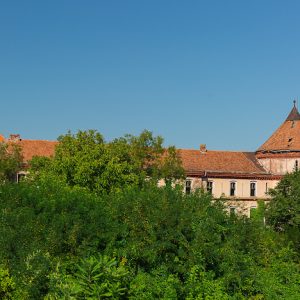 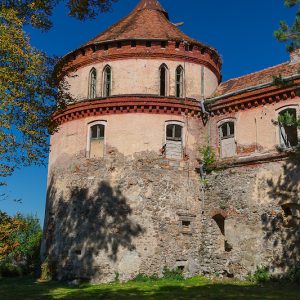 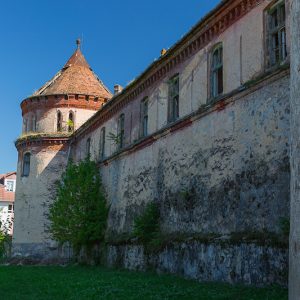 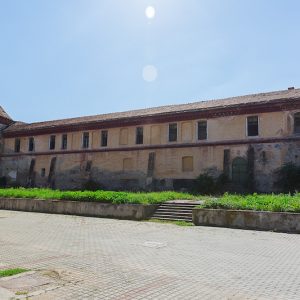 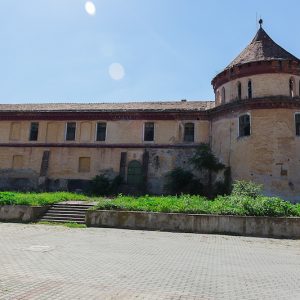 Researchers state that the first fort from Ineu dates back to 1293, at least this is the first one, which has written records. Losonczi István, the Croatian-Slavonic Ban has spent a lot of time in Ineu; there is a document from 1387 signed by him, which contains information about a castle built in this time period, which belonged to his family. The castle remains in the hands of the Losonczi family for almost two centuries. In 1566 the Turkish army conquered the territory, and took over the castle, and ruled it until 1595. Afterwards it was taken over by the princes of Transylvania: Báthory Zsigmond, Bethlen Gábor, I. Rákóczi György, and then II. Rákóczi György, who possessed it for 63 years. Between 1658-1693 the Turkish took over again, then it became the possession of the Austrian emperor. In 1746 the castle lost its military function, as Mária Terézia transferred the local garrison from Ineu to the fort from Arad. The building was last renovated in 1870, and it functioned as an army barracks until 1901. Later it functioned as an orphanage. Along the years its condition became worse and worse. Since 1996 it is abandoned, and it is still waiting for someone to renovate it and give it a new function.

Renaissance-styled castles with symmetrical layout and four corner bastions were characteristic for the late 16th century. Architects back then used to imitate Italian models and designs, and they followed the instructions of Italian military engineers. However, they adapted their work to the local needs and requests, which led to a special remake and combination of the original style. For example, the main building of the castle from Ineu has a symmetrical ground plan; and it surrounded two rectangular courtyards (these can still be seen). On its corners there were cylindrical bastions with portholes (these are intact today as well). The outer stonewall of the castle had donjons too; the remains of one donjon can still be seen today from the bridge above the Körös river. The roof structure of the castle is not that varied in style, its today form was given by the several reconstructions. What it makes interesting the slighltly steep roof, are the popping-out steeples.

The symmetrical axles and the horizontal proportioning confer a balanced look to the façade. Unfortunately I haven’t found the original plans and logs of the castle - it would be very useful to find these if they still exist -, therefore I cannot assess to what degree did the original Renaissance-styled design of the castle change along the centuries. I wonder whether the original building used to have rustic corners, with colorful walls and carved elements like carved stone window frames, and whether its gates and steeples used to be decorated with ornaments. Without all these information it is hard to assess all the changes in style it had undergone, and to reconstruct its exact original design. The only information we have is that along the years captain Gálffy György, then Haller Gábor, lord lieutenant of Zaránd, and then Czigler Győző and his father were among the ones who ordered reconstruction works on the castle.