The castle was built in 1377 with the permission of the Hungarian King Lajos I. Its purpose was to oversee the important nearby trade-route, as well as to defend against the incursions of the Wallachian Romanian vaivodes. It was difficult to siege due to its location. 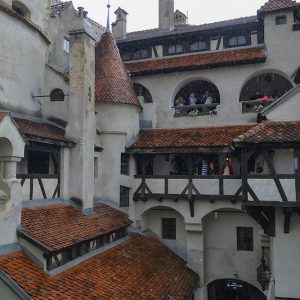 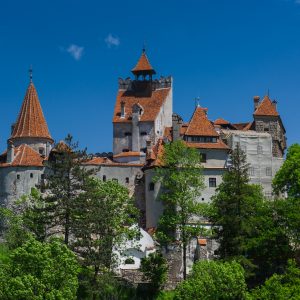 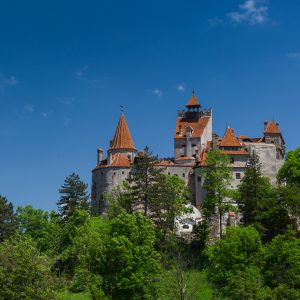 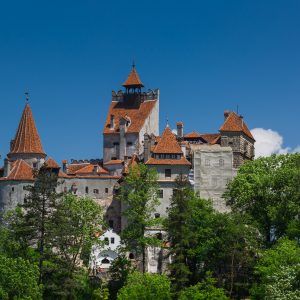 In 1512, the city of Brassó (today’s Brașov) renovated the castle for the sum of 100 gold forints, under the supervision of the master builder Zeller Mátyás. In 1568, the city definitively claimed control of the castle. Consequently, suzerain János Zsigmond imposed a yearly tax of 200 forints on Brassó. On the 5th of April, 1612, having defeated the city of Brassó, and the Fortress of Rozsnyó, Suzerain Báthory Gábor set his sights on Bran Castle. Henklischer János, the castellan of time, gave over the keys to the castle without a fight. The castle later returned to the city of Brassó, after they had gotten back in the Suzerain’s good graces. In 1660, Rákoczi György II occupied the castle with the help of the Szekler soldiers led by Mikes Mihály. In 1916, the saxons of Brassó gave it as a gift to King Károly IV, who then gave it to his wife, Queen Zita.

The Romanians took control of the castle in 1918, and in 1920, Karl Schnell, the mayor of Brassó, offered it Queen Maria of Romania on the occasion of the unification of Greater Romania. The queen modified and restored it with romantic additions, then left it as inheritance to her daughter, Princess Ilona. Ilona married Habsburg Antal on the 26th of July, 1931. The two of them moved to Austria, and in 1948 - after the banishment of the royal family - Bran Castle became the property of the Romanian state. After its nationalisation, the castle was looted and left to rot; restoration works began only in 1987, and were mostly finished by 1993.

The castle is located on a 100 m tall mountain, its layout is trapezoid-shaped and has an interior tower facing North to South. It has a single entrance, through a gate tower with thick walls and a narrow entranceway. The gate tower originally featured a mobile wooden stairway, today it has a stone stairway. On the Northern side, there is a three-storey tower, as well as an eight-storey quadratic tower which narrows towards the interior part and is fitted with a watchtower on top. There is a round tower on the Western side, that once had a windowless prison with a low entranceway in its basement. The guards’ living quarters were on its ground floor. A 70 m deep well is located in the centre of the courtyard. An exhibit comprised of the Romanian royal family’s relics can be found in the interior chambers. Bran Castle is visited by many tourists from both Romania and abroad, as it is famous for once belonging to Vlad Țepeș, also known as Count Dracula.