The left wing of the Csernovics Castle with its two towers was built in the first half of the 19th century with the utilization of a building remained from the 18th century. The right wing was built between 1862 and 1886, based on the plans of Miklós Ybl. In 1862 the castle became the property of the Károlyi family. In the garden original greenhouses and swimming pools can be found. 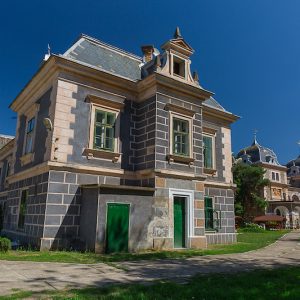 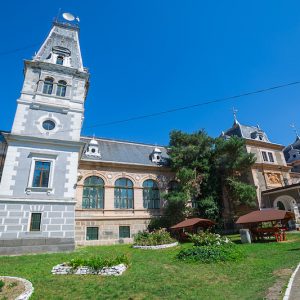 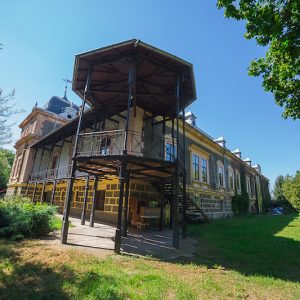 In 1939 Adam Iancu, a doctor from Curtici, became the new owner of the castle, who cut out 10 hectares of the park. The remaining 17 hectares have been declared as protected arboretum since 1968 and it serves as a home for various trees, including a maidenhair tree (Gingko biloba). The sculpture park of Romanian writers is situated along the main alley. In one corner of the castle’s garden are located the tombs of János Damjanich and György Lahner, two of the Martyrs of Arad. Due to the request of Péter Csernovics, the dead bodies were transported from Arad to the castle, where Csernovics himself buried them in the garden. Humor festivals, folk festivals are held here every two years and the meeting of cartoonists is taking place annually.

Ownership: The registered office of "Vasile Goldis" Western University is situated in the castle.