The castle’s first version with four corner towers originated from the 1600’s, this was burned down by Romanian rebels in 1848, however, and the castle gained its current shape during its subsequent repairs. In 1852, the central building was roofed in, and the corner rooms were established. We can deduce from the inscriptions of a stone tablet that the construction works lasted until 1862. 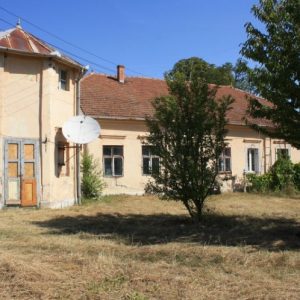 The building has a single floor, and is composed of single compact core building, fortified four octagonal towers. The south-eastern tower had two floors, and was demolished after during communism after orders were given by the authorities to do so. According to the family history, Szente Béla bought the estate in 1907 because he wished to engage in agriculture here. After its nationalisation in 1949, the building was used by a primary school, and later by a special school for physically disabled children. Szente Pál regained ownership of the castle in 1997, and is currently making efforts to restore it.