At the beginning of the 20th century, the estate was passed on to Schilling Rudolf, the son in law of Bokros Lajos. His family, however, moved to Budapest. After 1989, ownership was reinstated to Takács Csaba, who has since then restored the castle. 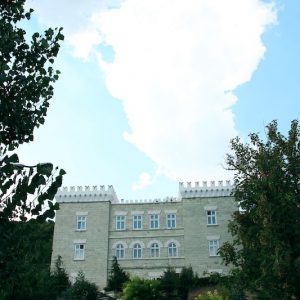 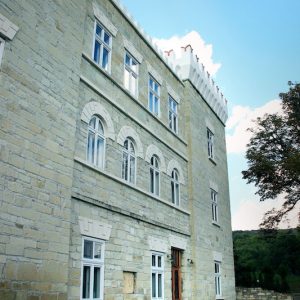 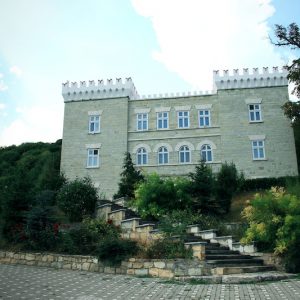 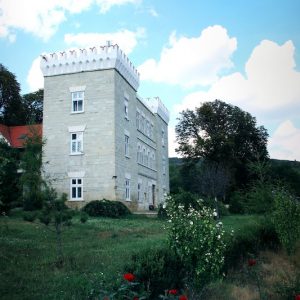 The initials L.B.N.V. stand for “Liber Báró Nagy Váradi” (meaning Free Baron of Nagy Várad); it is probable, therefore, that during the 18th century, a different manor served as the countryside residence for the aristocratic family from Várad/Oradea. The plaque of that manor was then built into the sidewall of the baroque castle; the stones of the manor are also supposed to have been used in the construction of the new building. The “Medieval fortress”-like appearance of the three-storey facade, its composition suggestive of inapproachability, enclosure and distancing, its tower-like corner risalits, as well as its crenelated parapets with arrow slits all contribute to an anachronistic look and feel, even to someone living in the romanticising and historicising/architecturally reviving mood of the 19th century. The unfriendly appearance of the facade is dissolved, to a degree, by the large, circular-arched windows of the short “wall section” connecting the two “towers”. Upon a closer inspection, it can be seen that the majestic facade is merely a “mask”: behind it a columned building of an obviously more modest size.