In 1595 Brănișca became the property of the Jósika family, who subsequently derived their name from here. The original castle was built in the 14th century and in the 16th century it was rebuilt several times. 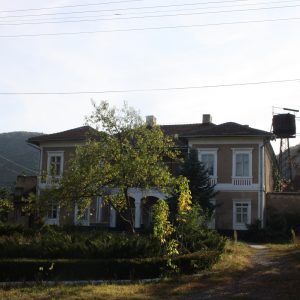 The building was owned by Farkas Bethlen and György Martinuzzi as well. After that, Queen Isabelle commanded the destruction of the castle but László Szalánczi in 1590 restored it in Renaissance style and added four corner towers. Szalánczi was killed by Zsigmond Báthory and the castle became the property of the Jósika family. During Horea’s uprising in 1784 the damaged castle was completely set on fire. In the first half of the 19th century the family managed to restore the building, however, Miklós Jósika II renewed it completely - the snooker room, the bathroom and the girl’s room was added to it that time. He also restored the stables, built a new stone stable and a mill as well. Besides that, Miklós Jósika planted vineyards.

The original building’s remnants are now in a deplorable state - only the exterior walls and parts of the bastion are still visible but they are ruined as well. However, in the 19th century a castle in Neo-Classical style was built, which had an open porch in the middle that made the building slightly U-shaped. The balcony is held by four columns and thus three arcades are formed, which are slightly curved. Upstairs, the terrace is decorated with carved stone ledge. The central part of the main facade has three axles, while the protuberant parts have two axles. The eight rectangular windows end in stone ledge.

In the first decades of the 20th century Lajos Jósika II. (1853-1930) was the owner. After his death, his son János Jósika IV. (1888-1958) - member of the Romanian Chamber of Deputies for more than ten years between the World Wars - inherited everything. Due to the land reform (1921), the Jósika family was left with only a 60-acre area with the castle and the park. During World War II and after the nationalization the furnishing completely disappeared. After all, the family managed to claim back ownership. In the last few years the building functioned as a nursing and care centre.