The castle is a simple, one-storey building. The corners of the main facade are enforced by two turrets protruding from the building. One of the turrets is round, the other one is hexagonal. The main entrance was once placed at the round turret. A veranda, which has since disappeared, once led up to the old entrance. 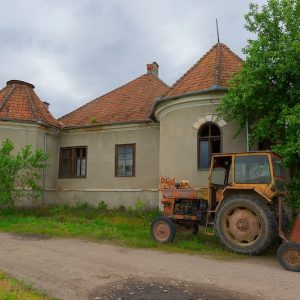 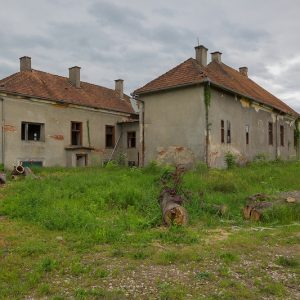 Jósika Miklós II, the writer, moved back to the castle after his first marriage with Kállay Erzsébet of Nagykálló. Miklós commissioned the construction of several farm buildings and outhouses, and the estate flourished during his time. The castle was then inherited by his son, Leó (1827-1887), who then left it to his daughter, br. Jósika Irén (1853-1940). The castle was somewhat damaged during the 1848 conflicts, and thus required further construction-works during the second half of the 19th century.

The old round-arched door and the two round-arched windows facing the main facade still remain, as well as the simple ornamental plaster-work above them. The posterior and lateral facades have no ornamentation. The posterior facade forms a U-shape, although one wing is shorter and thinner than the other one. Some parts of the building are the result of latter additions.

After its nationalisation, it was used by the local collective, and is now used by a private firm as a storehouse. The family has not requested return of ownership, therefore the castle’s future is uncertain.