The castle is situated near the village’s Protestant church, by the banks of the Aranyos river. The castle was first mentioned in a document from 1268, when it was owned by the Gerendi family. In 1597 due to Turkish invasion they lost the ownership. The estate with the castle became the property of the Jósika family and the Sarmasaghy family. 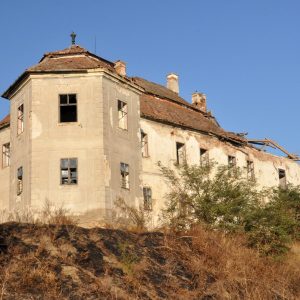 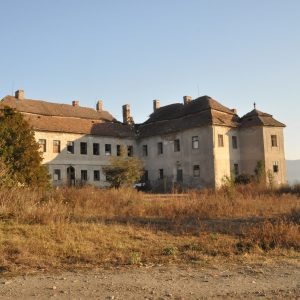 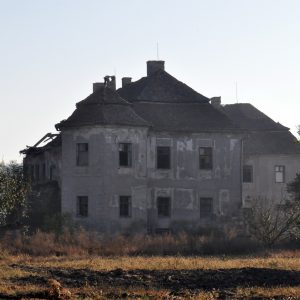 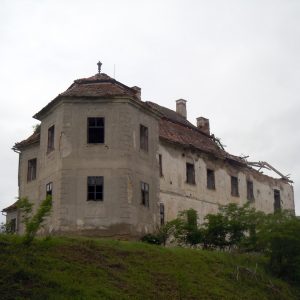 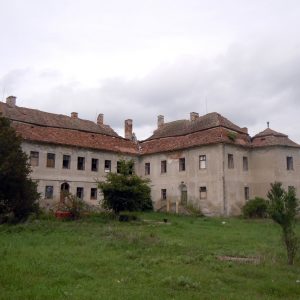 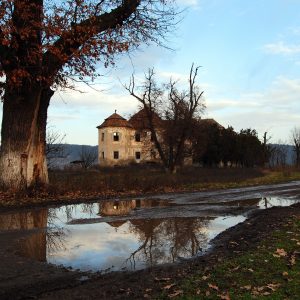 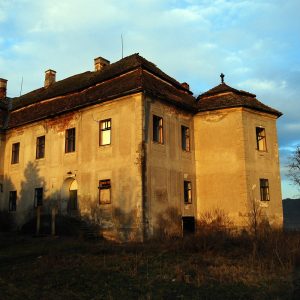 In 1629 Boldizsár Kemény took over a part of the village from Gábor Bethlen and until 1861 it remained the property of the Kemény family. In 1861 after the death of Sámuel Kemény (the last descendant), the castle was attributed to Josephine Kun and her husband Klebelsberg Wilhelm. Subsequently, it was inherited by the Bánffy and Zichy families. During the World Wars the castle was greatly damaged (especially between 1918 and 1919).

In 1949, members of the Bánffy family were forcibly evicted from the castle by the new communist authorities. Thereafter, the site of an agricultural association was established. In this period, much of the annex buildings were demolished. In 1990, István Bánffy recovered possession of the castle and domain, and in 2003 donated it to the "Bánffy Castle Voluntary Association". The castle, which has 44 rooms, was transformed into a center for handicapped children. In 2004 it has been added to the list of Historical Monuments in Cluj County. Currently it stands empty and abandoned, having no one to take care of it.