The castle has a U-shaped layout, and was constructed in a neo classicist style. It has two corner risalits at its main facade; the northern risalit has an upper floor, thus conferring to it the aspect of a corner tower. 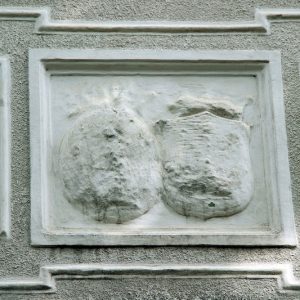 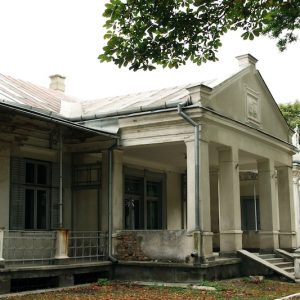 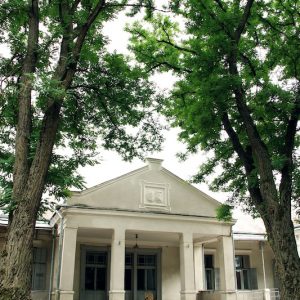 There are contradicting accounts about the construction of the Sombory-Lázár Castle: some sources claim that its construction was commissioned by Sombory János and his wife, Tholdy Rozália, who came from Magyarzsombor, Szilágy County. Because they did not have children, the estate was inherited by János’s niece, Sombory Irma. According to this version of the story, the Lázár family arrived to Gyergyószárhegy only in the 19th century, when Earl Lázár Imre married Sombory Irma, who inherited the property. According to other sources, the castle was actually built at the beginning of the 20th century and its construction was actually commissioned by Lázár Imre and Sombory Irma.

The corners and windows of the upper floor are accentuated by pilasters with composite capitals; pilaster strips are used on the ground floor level in order to achieve a similar effect. A portico with tympanum protrudes from the central axis of the main facade: the remnants of the double family crest are still visible on the tympanum. There are eleven rooms on the ground floor, and two rooms on the upper floor. There was once a large park behind the building, but only a few trees remain today in front of it. After its nationalisation, the building was first used by the national railway association, then became a local primary school, and was later used by the Beszterce/Bistrița County Regional High Court. The building was extended in the 70’s with a charactereless kitchen and dining facility.