The one-storey building’s structure is completely symmetrical. A columned portico with tympanum was constructed at the central axis of its western facade. Five jack arched windows open on either side of the portico, and a double window opens on either corner of the building. Fourteen Doric columns confer harmony to the eastern facade of the castle. 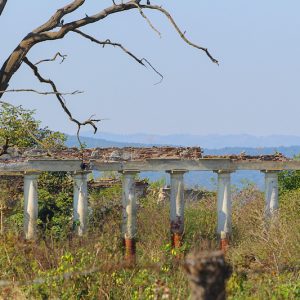 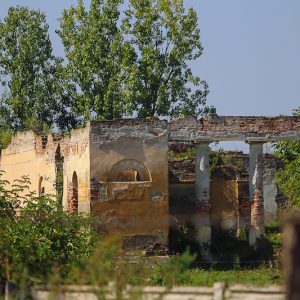 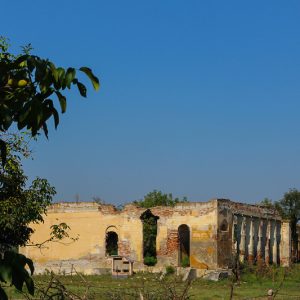 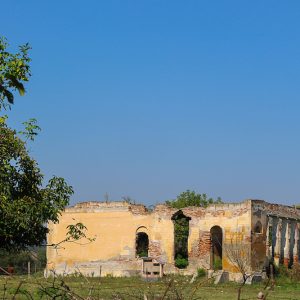 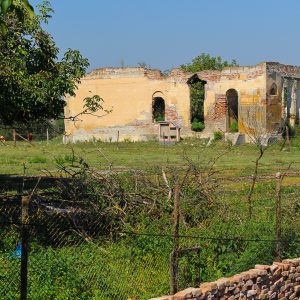 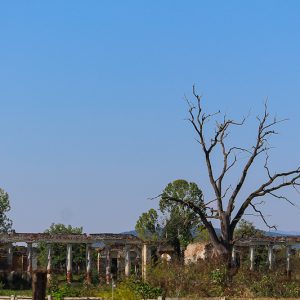 There were once two castles on the Csesztve estate. The older one, which has since disappeared entirely, was finished in 1796. That castle was a one-storey, baroque building, with a gabled balcony. Its construction was commissioned by Mikes Mihály VI. He was the great grandson of Mikes Mihály IV, who received the ranks of Baron and Earl. The new, classicist castle was built at the mid-19th century. Its construction was commissioned by Earl Mikes János IV (1804-1880). The Earl was the Captain of the Kolozsvár Militia in 1848, and his property was attacked by Simion Prodan’s troops.

The castle was used by the agricultural collective during the communist regime, and its condition continually deteriorated; its fate, however, has been sealed only in the past few years. After the end of communism, a kindergarten functioned in the building for a while, after which it was abanded and left to ruin. Today most of its walls are gone, the columns of the portico lie on the ground, and only the eastern facade’s columns remain standing.