Unfortunately, data about the history of the origins of the Pogány-castle are very incomplete. The building without outstanding artistic values, has been neglected by the art historians. It is only presumed, that this property belonged to the Pogány family from Clopotiva in the 19th century, especially Pogány György, and his son, Pogány Károly can be assumed to have had close connections to this castle. 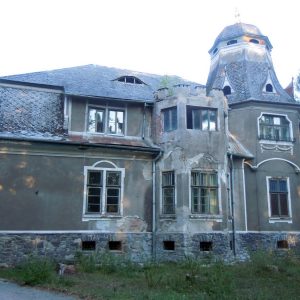 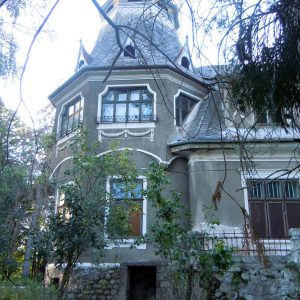 György was still a student in the 1830s at Aiud, but already before the revolution from 1848, he had become the vice-count of Alba de Jos County. He was the one, who captured Varga Katalin, the leader of the mineworkers’ movement from the “Metaliferi” Mountains in 1847. In 1858 he became a judge, and in 1961 ha was already the count of the Alba de Jos County. His son, Károly (1848-1925) was born in Aiud, he finished his primary and secondary education in his hometown, and then he attended the law school in Budapest. Between the years 1875-1901 he was elected member of the Parliament several times.

The two-storey castle, with a mansard roof and corner-tower, lies on an 18 acred estate, in the middle of a park established in the second half of the 19th century. The park is crossed by a river, and near the castle one can find a fishpond as well. The building, which has an irregular ground-plan, has been constructed in several phases. The castle in its today’s form was most probably built in the second half of the 19th century by rebuilding and complementing an already existing part of the edifice dating from the 18th century. After the nationalization process, the building hosted the office of a rehabilitation center for handicapped children. The latest partial renovation processes took place in the 1990s, but the building still needs more work to be done.

The estate has been restored to the family’s living offspring, Pogány György, who is living in Aiud.