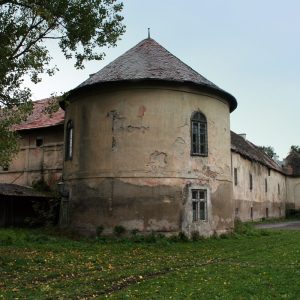 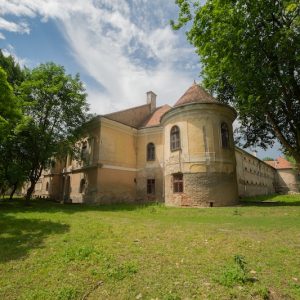 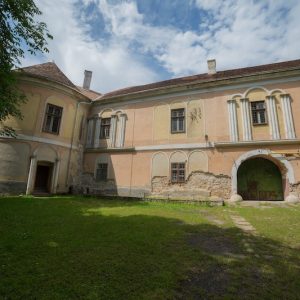 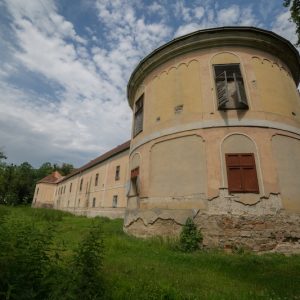 By the end of the 16th century the Kendi family owned the castle. In 1594 lord Kendi Ferenc and lord Bornemissza János were executed here by the order of prince Báthory Zsigmond. In 1599 Mihai Viteazul destroyed Gilău together with other localities. In 1605 Bocskai István occupied the castle. In the period of the Rákóczi rebellion the kuruc troops were trying to capture the castle for a long time, but they only succeeded when Rákóczi Ferenc II was elected as prince. Count Losonczi Bánffy Dénes, the main ispán of Dăbâca became the new proprietor. In 1702 Count Bánffy György, Transylvania’s governor held his daughter’s sparkling wedding here. The castle had suffered multiple dilapidations throughout the years. In 1836 the second floor was demolished, then, in 1861, the roof burned down in a fire. After this fire the moat was banked up and a park was created surrounding the castle. Sometime in the 1850s the castle had newer and newer proprietors. Later, in 1911, the Bánffy family obtained the building again, and it suffered crucial modifications. Until 1948 the castle had been in the Barcsay family’s possession, due to the fact that Bánffy Katinka married Barcsay Tamás.

After the World War II the castle’s pieces of furniture were perished totally. In 1951 the bailiff’s building became a public administration office, while the castle started to be used for organizing kids’ camps. Starting from 1960 until 2002 it had been used as hospital for handicapped children. After then the building has been standing empty. Its renovation would cost far too much, but the local Hungarian community is interested in its restoration and plans to use it with cultural aims. Barcsay Tamás, History professor, who lives in Canada today, reclaimed the castle conforming the law of abusively confiscated property (during the socialist regime) restitution in 2002. The owner plans to renovate the castle with its sixty rooms and to create a hotel which would have the atmosphere of the castle’s glorious period. This would be a true rarity in Transylvania.

The courtyard has a rectangular shape and in each corner there is a tower with a different form and size. The south-eastern and the north-western towers are round-shaped, while the south-western one has a hexagonal shape and the north-eastern one has a smaller radius, a round-shaped plan and it was built a little more in the back of the main façade. The main entrance is situated in the eastern wing, while the other entrance is situated in the northern one. The doors which connect the premises inside the castle were closed, that is why these can only be accessed from the courtyard. The windows open from the exterior walls. The suspended corridor connects all façades, except the northern one. There are five stairs which lead to the upper floor – three of them are exteriors and two are interiors.

Current proprietor: Barcsay Tamás regained the castle a few years ago and sold it to the businessman Nagy Elek.