After the change of regime, the descendants of the Temesváry family reclaimed the castle and the estate belonging to it, therefore in the year of 2000 it became the property of Zoltán Nagyosy, who lived in Cluj-Napoca. Currently the building houses the Kindergarten bearing the name of Temesváry János. The former castle garden serves as playground for preschoolers. 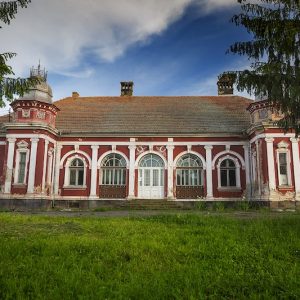 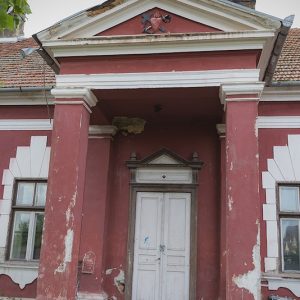 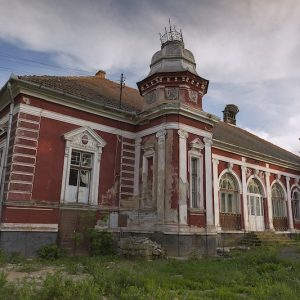 The main facade and the lateral acing the garden are representing completely different styles. The female and male bust statues, serving as decoration of the entrance, symbolize the design of these facades mentioned before. The historical main facade, based on the principles of simplicity and symmetry, symbolized by a man, combines Neo-renaissance elements with Classical elements and shows the image of a romantic manor. Its central axis contains a portico with a tympanum supported by columns, the frontispiece containing the symbols of feath, the burning heart of Christ, the anchor and the cross. These symbols were probably placed there instead of the family's coat of arms because in 1911 the Temesváry family acquired the title of nobility, but according to the royal registry they were not entitled to use coats of arms.

Around the symmetrically placed windows there are quoin imitating plaster decorations in Mannerism style, characteristic of the Late Renaissance. The corners of the avant-corps are overed by quioining. The facade facing the garden is built in the spirit of feminity, having elements of the Empire style. Each architectural element, decorative motif contains curved, rounded shapes, representing playfulness and lightness. The facade is defined by square pavilions, which, above the cornice, turn into octagonal turrets covered by wrough iron grill, being highlighted by garland decorations. Narrow windows and false windows can be seen between the Ionic columns of the pavilions, the first ones being closed by a tympanum, the latter by straight cornices. The central part of the facade is defined by bug, semicircular windows, separated by columns with Ionic capitals. The section of wall above the semicircular door, with opening into the main axis, contains decorations with bay laurel. Windows with floral motifs can be seen on two sides of the facade facing the garden.The fileds between different segments are decorated by various ornaments: wreaths, garlands, ribbons and shield motifs and quoins used at corners. Side facades, similarly to the main facade, are configured in a Classicist style. Their surface is divided by jack arched windows and pronounced cornices. The outside layout illustrates the internal structure as well. The building is highlighted by avant-corps and pavilions.