The extremely ruinous castle with its neoclassical façade and a couple of neighbouring farm buildings appear on the left side of the European route E60 travelling from Târgu-Mureș to Sighișoara. Today, this is a barren place, although once it was surrounded by a grove, the size of 120 cadastral acres. 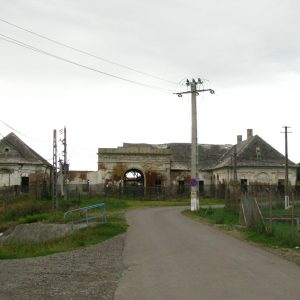 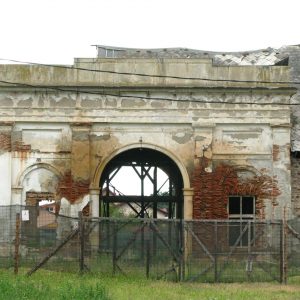 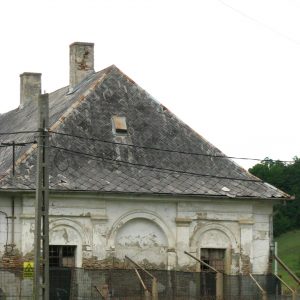 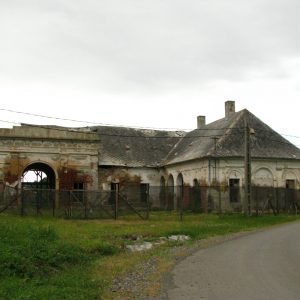 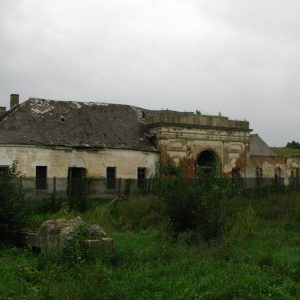 Under the reign of prince Zsigmond János the village belonged to Tamás Mihályfy. His castle was destroyed in 1562 by the revolted Szeklers. After the fall of the Mihályfy family, the Chancellor of Transylvania, Farkas Kovacsóczi owned the estate, which later came down to the Tholdalagi family. The Tholdalagi family belongs to one of the great magnate families of Transylvania, with nicknames deriving from Ercea and Iclod, but originating from Tholdalag, their ancient demesne from the 16th century. Mihály I. Tholdalagi (1580–1673), one of the wisest diplomats in the Principality, reshaped the original building to an impressive castle in the 1630s, whose size and adjoining buildings are described in the inventory dating from 1680.

László Tholdalagi planned to build a big Baroque castle instead of the old castle, but he could not realize his plan. Count Ferenc Tholdalagi also abandoned this plan, but extended the castle in 1829, based on the plans of Joseph Weixlbraun. The library of the castle was considered to be one of the most beautiful and largest libraries in Transylvania with incunables and book rarities. A part of the collection is stored in the Teleki–Library in Târgu-Mureș. Art historian József Bíró writes in his book Transylvanian Castles (Erdélyi kastélyok) that the quondam crypt of the Tholdalagi family built in the hill-side was destroyed during a landslide, and it was rebuilt in 1806. The Hungarian and Latin inscriptions of the tombstones, marble tables, and sarcophagus were copied and published in full by historian Mihály Spiellmann. Found accidentally, the family crypt completes the records of the family generations and last but not least it increases the monument value of the Corunca Castle.

The building was reclaimed by Mária Kerekes, who sold it to the French entrepreneur Jean Claude Moscovici, who unfortunately did nothing for the salvation of the castle. Today the castle is unfortunately in extremely poor condition.