A registry dated from 1748 stated that there was a manor house before the castle was built, this is the antecedent of the monument building.The Tholdalagi Castle was built in the 1890’s in Classicist style. The builder of the castle with a mansard was Zsigmond Toldalagi I (1766–1847) from Ercea. Zsigmond’s (I) daughter, Katalin (1800–1860) and one of his sons Mihály VII (1817–1876) were born here. 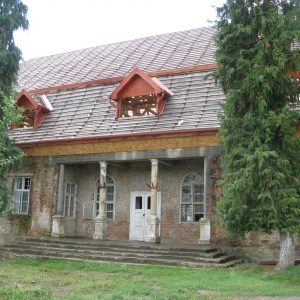 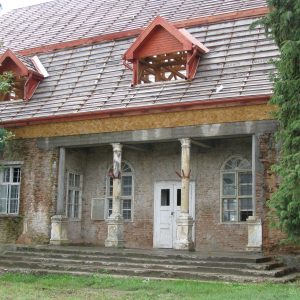 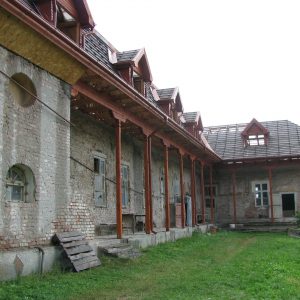 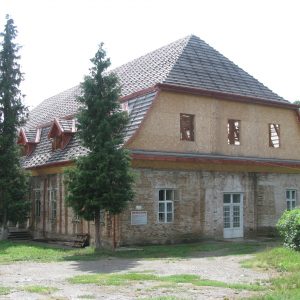 Count Zsigmond Toldalagi II (1847–1894), the builder of the castle, was the eldest son of Count Mihály Tholdalagi and Countess Johanna Bethlen (1825–1909). On this estate lived Tibor Toldalagi (1854–1919) and Erzsébet Toldalagi (1861–1942) too. The castle has had several changes over the years, the last changes were made by Count Zsigmond Toldalagi II (1847–1894). The castle was robbed during the Second World War, its furniture were stolen. During the Communist period, the castle was used as the seat of the State Agricultural Company. After the change of the regime it was bought by the Belgian sister town.

The Toldalagi castle was a rectangle-shaped castle with a huge mansard. Its main façade was pillared, there is a porch with four Tuscan columns, with an entrance in the middle with windows on the two sides. The castle was built in Classicist style with Baroque influences. The extension of the regular rectangle-shaped building resulted in an L-shaped building. The castle was furnished with epoch typical furniture, with portraits of the highest quality hanging on the walls. In the big saloon there was shown high-quality goldsmith’s work.

Today the building belongs to a local foundation and it houses a small ethnographic collection. In the recent past plans were made to restore the castle.