The inheritance can be traced on the family branch of the brother of Nemes Domokos, Nemes Mátyás: the castle was inherited by one of  Mátyás's daughters, Nemes Klára (1719-1800), countess Bethlen Sámuelné, who got the estate after paying her relatives from Torma family and her brothers and sisters. When the estate passed to the only daughter of Nemes Klára, baroness Wesselényi Farkasné Bethlen Julianna (1751-1804), the castle's and estate's property was clarified, but after her heath, her second husband, Haller Antal and his children from his first marriage, concluded with Julianna Wesselényi, have filed another lawsuit concerning the entire estate. As a result of the division of the estate, the castle of Filiaș becomes the property of Wesselényi Orsolya Mikó Istvánné. Her daughter, Róza, became countess Mikó Miklósné. 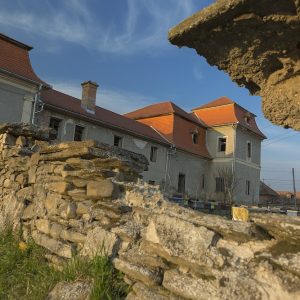 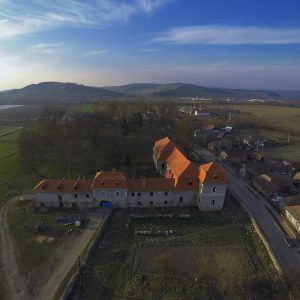 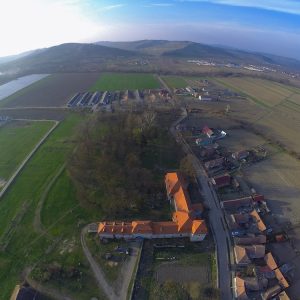 The castle was built in the western part of Filia village, today belonging to Cristuru Secuiesc. The castle was built on the place of an existing 16th century manor house. The owner of this manor house was the Geréb family, the first one mentioned being Geréb György, who in 1588 has cut-out and transported to Filia a larger quantity of wood, worth 300 forints, most likely for the construction or expansion of the Manor. According to a statement of a lawsuit from 1590, Fazakas Lukács of Cristuru Secuiesc has served Geréb György ”making puts and ovens”. His owner, Geréb György has filed a lawsuit against him because he did not want to stay in his service no more. In 1602, when out of loyalty towards the Emperor Rudolf , Básta György has established Catholicism in Transylvania, the only noble mentioned was, the respected soldier and captain of Bethlen Gábor.  In 1625, Geréb András has rebuilt the fallen manor house from stone, in a form of a castle. After the death of Geréb András, there were no offspring, therefore the estate became the property of the Treasury, but soon the village of Filiaș became the object of a donation. In 1628, Bethlen Gábor of Șimonești donated the estate to Székely Mózes, the son of Székely Mózes , Prince of Transylvania. The estate was extended due to additional donations from the part of Catherine of Brandenburg and I. Rákóczy György. In 1635, due to the infidelity of Székely Mózes, the castle went again into the Treasury's property, but Rákóczy György has given it again into private property, therefore the estate was given to Huszár Mátyás of Brenhida, the head groom and counselor of the Prince. With the appearance of Huszár Mátyás, the castle's fate was established ofr a while, but over the next several centuries, the estate became the subject of several litigations.From the two daughters of Huszár Mátyás  (Margit and Borbála), the castle is inherited by Huszár Borbála Torma Görgyné. Her second husband was Nemes János of Hăghig, the commander of the region Three Chairs, famous diplomat and diarist, with whom their marriage was held in the castle of Filiaș. Upon the marriage concluded with Nemes János, the estate becomes the property of the Nemes family. After the death of Nemes János, in 1679, the castle is inherited by their two sons, Mátyás and Dénes, who on their mother's side  had half-brothers.

In the second half of the 17th century there are no data revealing that castle has suffered other construction works. Atfer Huszár Borbála's death, because of the numerou litigations between the heirs, the castle has rapidly deteriorated. Dienes József of Hermány, later a famous priest and writer of Aiud has mentioned with the occasion of visiting Filiaș, that he found the castle in adeplorable state. The vaulted stucco of the church located on the estate still preserves the letters of construcyion yearsof the builder Nemes Domokos.

Reference: Ibolya, SÁNDOR-ZSIGMOND: The lifestyle of the inhabitants of the castle of Filiaș (upon a conscription from 1805); Acta Siculica 2009, 605,622.