The Castle, with a rectangular plan, built on three levels, with a small interior courtyard , was surrounded by a huge English garden. The upper floor, decorated with wood sculptures, was destroyed by a fire in 1823, thus leaving the building with just one floor which was covered by a roof. 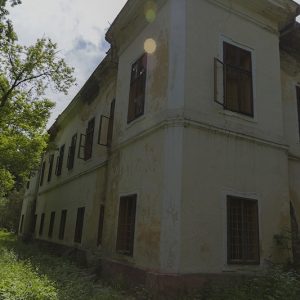 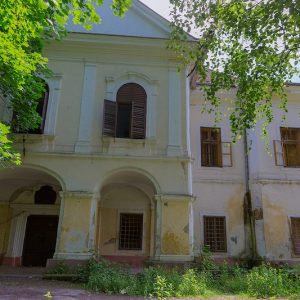 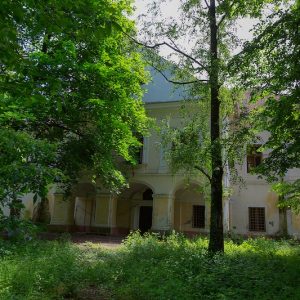 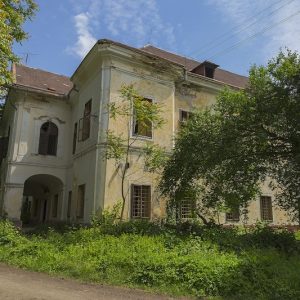 The gutter beneath the roof has an interesting ending, as dragon heads held by a snake are peeking out. The war and the nationalization sealed the fate of the castle. The interior furnishings was stolen and the empty building was used as a warehouse. For a time the castle was used for summer camps, and then as an orphanage. Since 1999 the castle lies vacant. On paper it is still the property of the Romanian State and it is in use by the former Camp Directorate, the current Directorate for Youth and Sports. Sztáray is suing to regain the estate and the building. First the Directorate had no money, but because of the lawsuit now it has no interest to change anything, not even a single tile. The building was not recovered yet by the heirs.