Obreja is a late Romanian serf-village, which was from the beginning in the hands of the noble family Esterházy. Sometime in the second half of the 19th century it became the property of the Wesselényi family, being owned by br. Wesselényi (V) Miklós (1845-1916). After the nationalization a special school functioned in the castle, and then an orphanage. In 2003, the Greek-Catholic Church has reclaimed the building, so today it houses the sisterhood. The new owners placed a tasteless metal roof on top of the building. 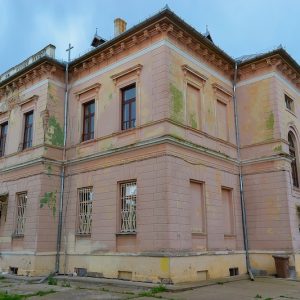