The tower itself, which is right next to the main road, was built in the XIVth century. It was named after the reddish stones used as raw material. Some say that a research of the wall could state in what percent is the original tower still standing, for in 1533 it was washed away by the River Olt, therefore it was almost completely rebuilt. In the XVIIIth century an Italian bastion defense zone was added, which first served for military purposes. For years, the building has been used as a mental hospital and it is not open to public visits. 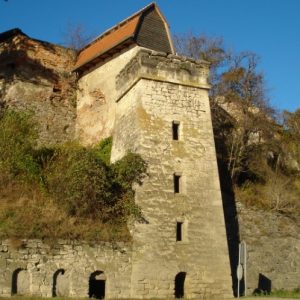