The manor took the name of Bay when Bay Miklós of Ciumești married Papolczy Mária, who received the house as dowry. They had two children, a boy and a girl, Béla (1907) and Ilonka (1908). After the second child was born, the marriage between Mária and Miklós broke, which led to divorce. Mária took the children and moved to Budapest and Miklós married Hermann Aranka, who had the same age as his son. Bay Miklós of Ciumești died in 1965, in Oradea. 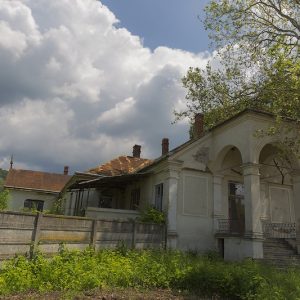 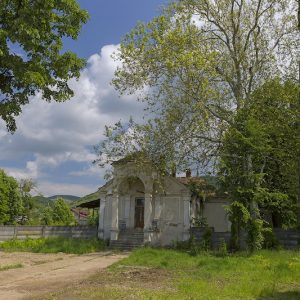 Initially the Bay House, built in the second half of the 19th century, was used as a residence, but after Trianon it was used for several purposes: as the enlistment headquarter of  the 20th Infantry Division of Târgu Mureș (1939), as the boarding school of the local gymnasium, then as the office building of the ”Constructorul” Socialist Co-operative. After 1989, the manor was used as the local headquarter of the natural gas corporation, until recently, when for some time it was used as a home for elderly. At the moment the manor  is empty and it is quickly deteriorating, and the courtyard, once shaded by well-kept trees, is disorganized.