Remaining empty, the Biális Manor became the property of the locality and possibly by satisfying the heirs, it became the Village Hall. During the two World Wars it housed the military locker rooms. Today, the building functions as a post office and the institution of the common ownership. The local government plans to renovate the building. 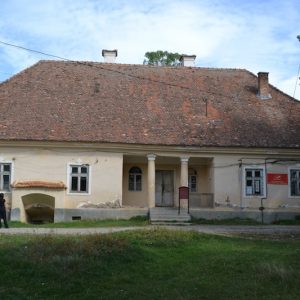 The grounder of the family, Biális Ferenc, originally from Genoa came in Transylvania around the year of 1650, as a soldier. The Biális family married the most exclusive primor Szekler families, thus ensuring their higher social position thanks to their blood relationship, but according to their talents they also served the interests of the Szeklers of Ciuc. At the end of the 19th century they were registered as having undivided estates with the Minier family in Mihăileni.