Above the cornice, on the building's frontispiece there are two little airshafts. The main facade, facing the courtyard, is defined by a porch supported on brick columns, with doors on each end leading to a chamber. 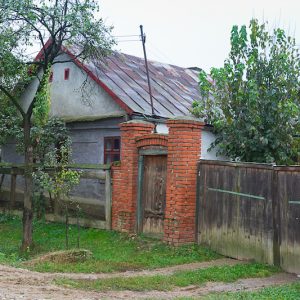 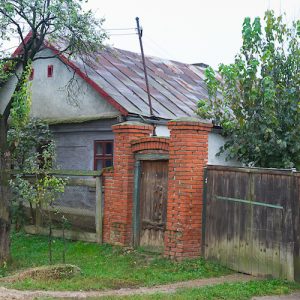 The building's right-side was restored, a summer kitchen was added to it and a door was cut to the courtyard. Since it was built later, it is covered with tiles. The house itself is traditionally a three-track building. At the end of the courtyard there is a farm building, which was partly used as a barn. This is in a much better state than the house.