The mansion got its today’s form after several reconstructions. These transformations led unfortunately to the loss of its original ornamented character. First, a new mansard roof with double roofing was added to the building, and later this part of the building was further enlarged with a whole annex to the northeastern side of the mansion. Moreover, there was added another modern annex to the backside of the original building, which is completely different in style from the original one. 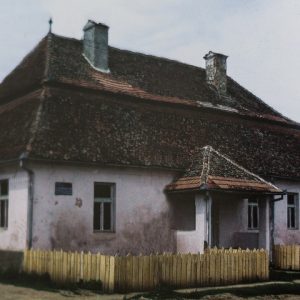 The porch is situated at the forefront of the original building - a bit to the left from its central axis, and it is held by two pillars. The style and form of the forefront shows that when building the additional northeastern annex, they have also modified and simplified the original forefront, which used to be rich in ornaments. On the central (original) building’s roof, especially at the main beams, one can still see the very careful and skillful use of lath.