Damokos János and his wife Bartha Mária built the mansion. There used to be another mansion house earlier, which was made of stones and bricks. This old house was severely damaged by the frequent earthquakes; therefore a new wooden-house was built on the old foundations dating back to the 17-18th century. A few old carved stone monuments were kept and reused in the new mansion. 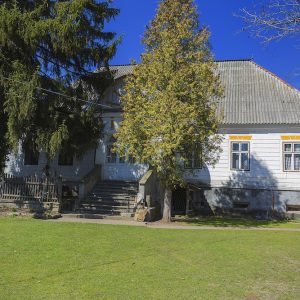 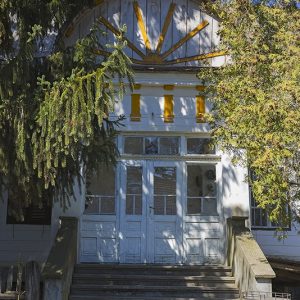 There have been several restoration-works performed on the building and inside it during the 20th century. For example, the open fireplace in the kitchen was changed in the 1920s, and it was replaced with a metal stove, which also had an oven. In the 1930s, the porch was covered with a glass-roof. Unfortunately, an earthquake destroyed the original semicircular gable of the porch in 1940, and due to the hard times, they could only replace it with a wooden one.