The manor house has gained its today's form after several reconstructions. 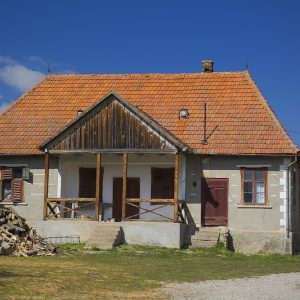 A porch supported by four pillars is located slightly to the left of the central axis of the original building’s main facade. The aspect of the facade indicates that it was originally more ornate, and was simplified when the north-eastern wing was added. Even today, the exigent lagging of the beams can be observed at the joints of the central building’s roofing.