Until the autumn of 2006, that is, until the moment of the property’s restitution, the building served as the Hodod Primary School, which was subsequently moved to a new building. During the summer of 2006, even before the building was given over, the owner had partly repaired the roofing and changed the water ducts as well, but could not finalize the repairs and so water is leaking into the building in several places, even today. 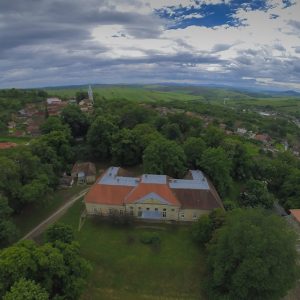 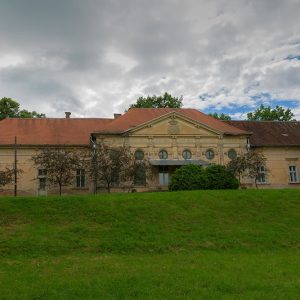 Water and electricity runs in the building, and there are two bathrooms with hot water that require repairs. On the 10th of January 2007, the Diocese gave the building to the Nagykároly Bishopric, as it stands on its territory, and entrusted a pastor, Kurta-Tűtös Beáta, with its administration. The castle has one other employee: a woman, who, together with her husband, takes care of the castle and its courtyard.

Property status: the building is the property of the municipality.