The manor house was built by Dráveczky Gyula in 1846, most probably in Classicist style. Originally the building had two components, today the whole estate is abandoned and its roof has collapsed. The granary which belongs to the estate is still in good condition. 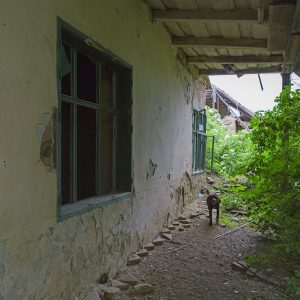 The rectangular-shaped building used to have a portico in front of the entrance on the main façade, which later has been transformed into a room, and the entrance was moved to the back façade. Thus, on today's main façade there is an open porch with wooden pillars. Today, the true value of the building is provided by the ornaments of the porch.