The renovated building of the manor is currently housing a kindergarten and the elementary school is named after Endes József. His memory is maintained by the memorial plaque located on the facade of the manor, stating: “Ebben az épületben született, élt és halt meg ENDES JóZSEF honvédőrnagy (1811-1806 ); az 1848-49-es magyar szabadságharc hőse”. (In this building was born, lived and died ENDES JóZSEF Major(1811-1806 ); hero of the Hungarian Revolution of 1848-49). 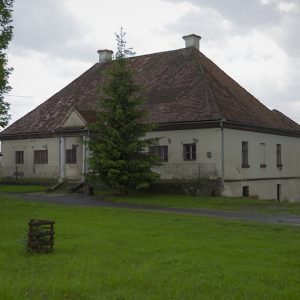 The Endes family has had a law professor at the University of Cluj-Napoca, a chief centurion, a vice-notarius and a royal magistrate, from which worth mentioning is Endes György. His story is related to the Tatar invasion of 1694. Seeing his wife, Bors Anna falling into captivity, he came out from his safe place and volunteerly accepted captivity, only to remain next to his spouse. The story is a fine example of marital devotion and loyalty. Endes Árpád lieutenant and company commander died in the battle of Sighisoara. After the battle, his mother, Endes Miklósné, asked the Austrian commander, General Lüders, and received permission to explore her son's body. The mother's efforts were unsuccessful, her son remained lost. In 1934, the well-known descendant of the family, Endes Miklós, wrote the story of Csíkszék (Ciuc), Gyergyószék (Gheorgheni) and Kászonszék (Caşin) until the year of 1918, one of the most well-documented writings regarding the regions mentioned in the title. The major Endes József fought the in the Hungarian Revolution on General Bem's side. He escaped the battle of Sighisoara, as the day before the battle General Bem sent him to Rupea, to help Gál Sándor and keep an eye of the region. After the fall of the Hungarian Revolution, he was first sentenced to death and than for 12 years in prison in the castle. In 1852 he was pardoned. After his death, in 1906, he was buried in his native village.