The free-standing building with an E-shaped ground plan is defined by an open arched portico, located on the main facade of the manor. This portico with a triangular frontispiece is standing in a ruinous condition. The protruding side avant-corps's frontispiece has a trapezoidal shape and contains three ventilation windows. The manor is covered with a jerkin-head roof. 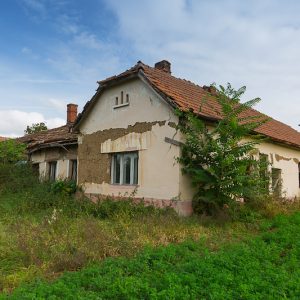 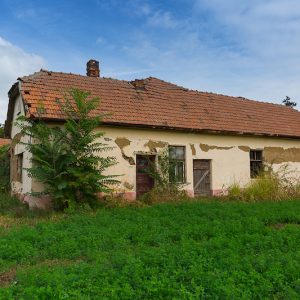 The original windows were changed. The building's rear facade is defined by two protruding avant-corps which contain three windows each. The central part of the manor contains the tower-like building, decorated with a sundial, in front of which a terrace with stone-balustrade was built. An arched porch can be seen on the right side, between the avant-corps and the tower.