A portico is situated to the west, and a closed anteroom can be accessed through it. The large dining room follows the anteroom. Two bedrooms are situated to the south; the cellar extends everywhere underneath the house except the two bedrooms. 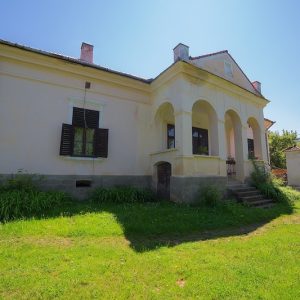 A curiosity of the house is that one of the bedrooms has a door that leads to the cellar. Originally, there were doors leading to the kitchen and the pantry as well, but these were since walled in. A porch stretches along the eastern side of the manor.