The columns of the risalit results an interesting combination of an arcaded porch and an open terrace. The tympanum above the columns is reminiscent of the Rococo style. On the central part of the side facade, the two side wings are closing an open terrace. The symmetry of the manor was disrupted by the extension of an eastern wing. The building with 21x15 m ground area was built from bricks, as appropriate to that period. 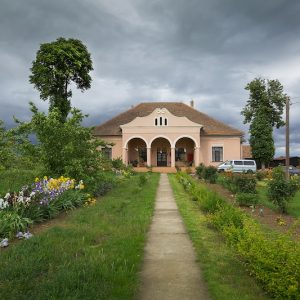 The recently renovated manor houses the Trinity Children Centre of the Saint Francis Foundation of Deva. Near the manor there is a two-storey granary with rectangular ground plan, also considered a historical monument.