The Gaál Manor, considered the jewel of Dalnic, is located at the foot of a hill, in wonderful natural surroundings. The two-story manor house has a square-shaped layout, and it was built in 1844, and it has been recently renovated. 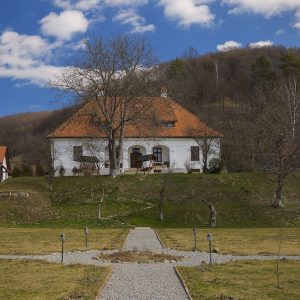 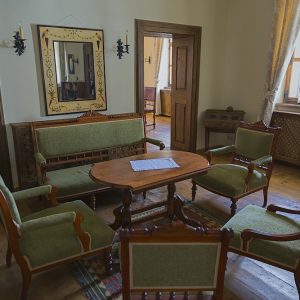 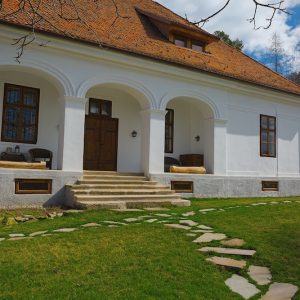 The facade is accentuated by a discretely profiled course stretching along the line of the lintels, as well as by the plaster quoining at the corners of the building and the slightly protruding, plastered brick course of the eaves. The layout’s distribution of space is defined by the porch, located on the inner side of the building at the central axis, as well as the two wings flanking the kitchen and the diner, both wings consisting of three rooms each. Some of the rooms still have the original paving tiles in their flooring, as well as the original fenestration. The descendents of the Borbáth family regained ownership of the manor house and a part of the land. Because the family could not make use of the valuable building from own financial sources, they sold it to its current owner, The Community Foundation. The Community Foundation took over the building and restored it in 2013-2014 preserving its historical values but giving it a modern look and transforming it into a modern guest house.