According to the tablet, the manor’s construction was commissioned by Hollkay Jánnos and Szotyori Heléna in 1717. Besides that, an inscription on the trapezoid gable from the northern wall informs its reader that the building was repaired in 1807 by Vajna Anna of Páva, the wife (then already widow) of János, the son of Holkay József, following an earthquake in 1802. A historically-inspired painting of Varga Nándor Lajos can still be seen in the large room with open ceiling beams. 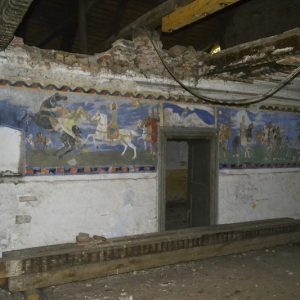 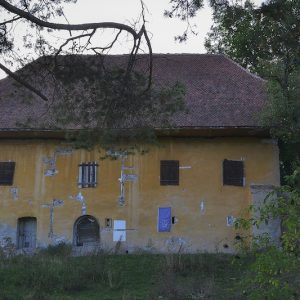 The entrance to the cellar is on the eastern side, while the entrances to the residential area are on the southern and western sides. The building’s interesting features are the sloped windows of the thick cellar walls that resemble arrow slits, which presumably served as defence mechanisms in the 17th century. The stone tablet placed on the protruding southern facade has references to the dating of the building’s construction.