Once, in front of the rear facade, facing the courtyard, there was a porch supported on wooden columns. The simple wooden columns were replaced by carved, decorated columns. Currently, there are three entrances. 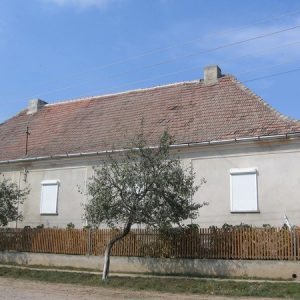 The door from the right-side was probably cut later, it looks like a chamber door. The first door from the left-side is the entrance to the cellar. The right side of the porch was walled-up and it contains two windows. The more oriental entrance was designed on the left side-facade, which was meant for the guests to access the corridor. A cellar runs under the building. Today's cellar is a part of a large cellar which was walled-up. The original cellar reached out under the garden.