The single-storey building with a rectangular ground plan contains a side-wing. A protruding avant-corps can be seen on the sides and on the middle of the main facade, which above the cornice contains an attika, which once had urns at the edges. Now these are missing. 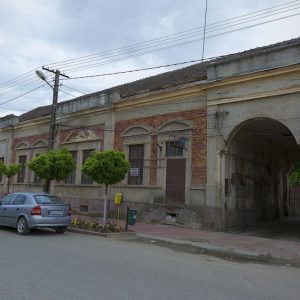 The manor's round windows are jack arched windows.  Above the twin windows of the middle risalit there is a triangular eyebrow arch lintel. The gate entrance, with roof and vaulted gatepost,  is on the risalit from the right side. The other windows have segmented arched eyebrows. All the windows have window sills. A door was cut at the window next to the entrance, which can be accessed on both sides by a staircase with balustrade.